Any backpack with military-grade material and construction is worth considering as a military backpack. Though military rucksack has originated through the soldiers' hand, they are not now limited to the military purpose only. People all over the world are using military backpacks to go on extreme adventures to long road trips.

Whether you are an ex-military person or a typical individual, it is entirely okay to grab a military knapsack to go on an adventure.

If you have developed a keen interest in military backpacks, this article will cover rucksacks history. Besides, we will also talk about the ten essential things that soldiers put inside their military backpacks. 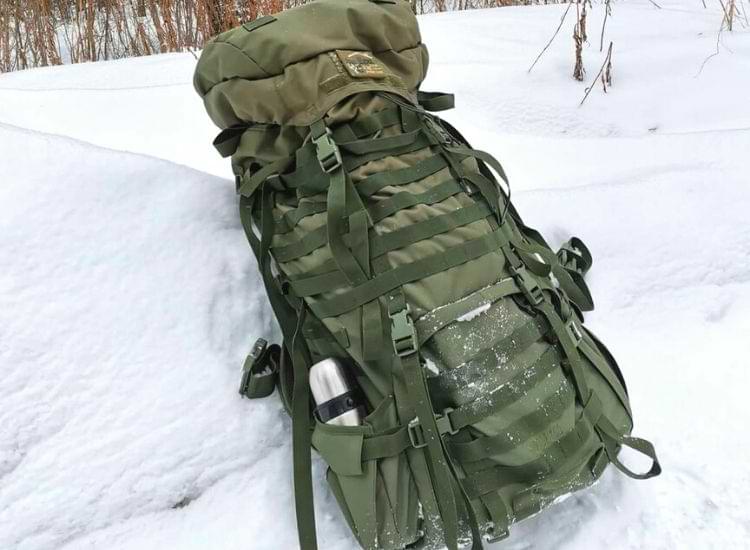 The term backpack appeared during the early 1900s. Initially, it was popularly known as a rucksack.

The exact date of developing a military backpack is never known. The estimation is that this kind of bag started appearing during the mid-1800s.

Military bags came as a great help during the American Civil War. At that time, Infantrymen used these bags to carry weapons or medical equipment.

Initially, these bags were pretty hard to carry because of the design. Gradually, Soldiers started developing these bags in a very beneficial way to make the carrying and space system better.  As the outcome, there came the pockets to carry food and weapon conveniently.

The development of these bags has never stopped. The most recent military backpack's edition is the tactical bags. It is quite unimaginable to go on an adventure without taking your tactical bag on the shoulder.

What soldiers put inside their backpacks?

Thermal binoculars are another most relevant device that you will notice inside a soldier's backpack. This device helps soldiers to locate the position of larger weaponry. While using a thermal binocular, soldiers stand at a long distance and start taking notes of the weaponry and enemy soldiers' position. As a result, the chances of a successful mission increase to a great extent.

A tactical datapad shows the imagery of the area that soldiers will invade. Soldiers download the data using wifi while staying at their base. Once they are in the zone, They pull the datapad from their backpack to learn about their exact destination. Besides, by using the stylus, you also can mark the vulnerable emplacements and other notes of interest.

Soldiers do often gets hungry. The solution is MRE. MRE is a meal packet that comes as a gel. It is filled with calories and other nutritious ingredients to keep soldiers energetic and healthy. A soldier never misses taking an MRE inside their tactical bag. The compact size with ready-made material does not require any preparation to eat them. They simply open the packet and eat it.

The first thing that came inside a typical person's mind while thinking about a military backpack is explosives. Soldiers indeed carry explosives inside their tactical bags. But they are not all over the bag. There are certain pockets on the bag to carry explosives. A soldier in a mission will always bear some explosives to use in emergencies. Besides, attacking the enemies always demands explosives.

Claymore is a devastating weapon that soldiers set to obstruct the enemy. The enormous energy of these mines can diminish a large vehicle within minutes.These mines are a wall of C-4 explosives that can turn out to be anightmare for any enemy soldier.

Military backpacks have too many names. Military backpack, rucksack, tactical backpack, knapsack, bags, and the like are some traditional names. A tactical bag allows you to carry more than 30 different items in a single bag. As a result, you get to explore the surroundings with limited space. The extreme users of military backpacks are the soldiers. We have already given you some examples of the things that soldiers carry inside their bags. In reality, a tactical bag has much more things to offer. If you are an extreme adventure lover, consider grabbing your bag right now to get the best experience.