It makes fishing more convenient for the fishers. With the use of Livescope technology, one can also identify what species of fish are swimming below and around the boat. It saves the valuable time of the fisher and lets him find fish and baits conveniently.

The article will go through everything about Livescope and its functionalities. Even if you are a recreational fisher, you should continue reading. 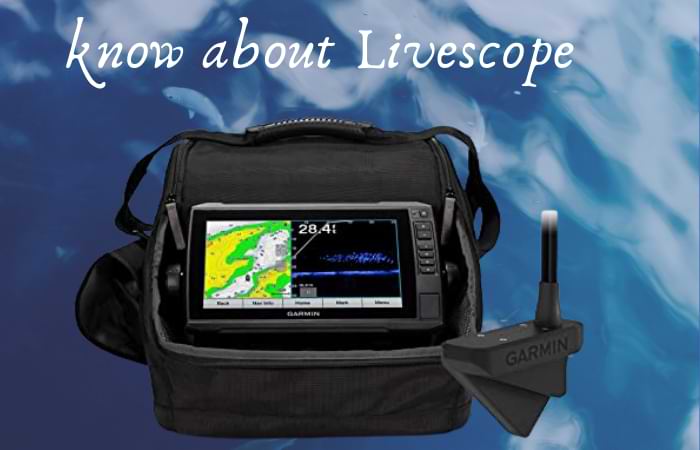 Instead of showing these slow, historical movements, Livescope deals with the present movement of the fishes and baits. This allows the user to find the fish whenever they are swimming near the boat. It eases the fishing a lot.

How to use Livescope

To use and get started with the Livescope sonar, you need to know that it isn't a similar sonar to the traditional sonar system. Although it is an advanced angling or fishing device, using it isn't that difficult.

But with traditional sonar, you have to go over the fish and then move back to catch them. So with livescope, the process seems quite straightforward. Also, with the inclusion of a narrow beam, it provides much clarity in the live-action images.

What are the benefits of Livescope?

If you have used both the traditional sonar system and the livescope sonar system, you might have already understood why livescope is better.

With the added clarity and vividness in the images, every angler will find the sonar system fancy for angling. There are seven vivid color options available here, which include aqua, Caribbean, lava, and many more.

The sonar system also lets the user get a customizable screen view. You can customize it in forwarding range compression, hiding all screen controls, grid angle, and new reverse range options.

With three different modes and higher ranging capacity, up to 200 inches provides a crystal clear image to the angler.

Livescope is a new addition from Garmin to the fishing world, but panoptix came four or five years earlier. Both are useful devices for a professional angler, but both have some differences.

As both these sonar systems are from Garmin, you don't have to worry about the quality and functionalities. However, it seems livescope has a better advantage over panoptix after comparing these two devices.

The specialty of the livescope is the real-time result and the clarity of images, where panoptix slightly lags.

Necessary settings of the Livescope

Before you start fishing with a livescope sonar system there are some necessary settings you need to do.

You can set up Livescope, these settings conveniently by following the commands.

What is the best screen size for Livescope

Most probably 10 inches and 12 inches screen is the best screen size for Livescope. The clarity and view of the fish images largely depend on the screen size. With a larger screen, you are supposed to get a clearer view.

However, you might need to spend a bit more dollars on a larger screen compared to a smaller one. But a professional angler won't mind this if the question is about clarity of the image.

How far one can see with Livescope

One can see up to 200 inches with a Livescope in different modes. Garmin has added three different modes in the sonar system for enhanced functionality. You need to change the direction of the transducer to have different viewing modes.

How do you power off Livescope?

It is easy to connect the Livescope with a transducer, and it is also an easier task to power off after the job is done. The user needs to disable every power button from the power menu to turn the device off.

1 thought on “Everything you need to know about Livescope”