There are many differences between these two off-road vehicles and you will understand the difference by reading the whole article top to bottom. 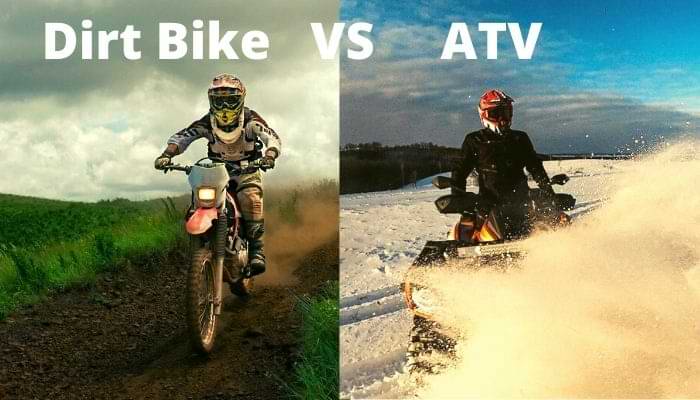 A dirt bike is a two-wheeler off-road vehicle that is used to climb mountains or such spots, or narrow spaces. Dirt bikes use engines up to 700cc.

The word ATV refers to an All-terrain vehicle. ATV is an off-road vehicle that works on low-pressure tires, with a seat straddled on the operator and for controlling the steering, there are two handlebars.

This is just a comparison between a dirt bike and an ATV, not the answer of which one is better than which one. There are some facts we have considered to distinguish the difference between these two off-road motor vehicles. Safety, easy handling, long-lasting ride, fast driving, etc. are included in the factors. If you are interested in off-road riding, you should continue reading.

Which one is the safer option 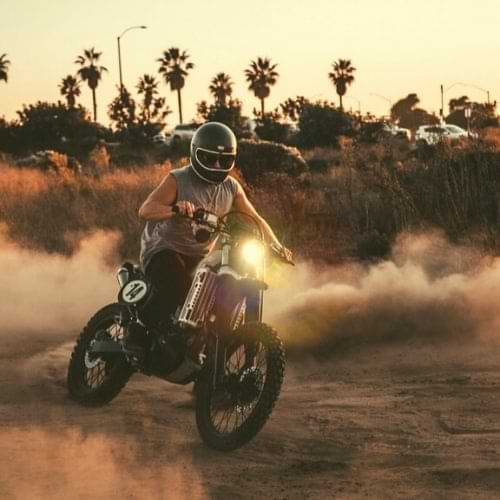 There is a misconception regarding the question of safety among off-road riders and that is ATVs are more stable, so they are the safer option. But the scenario is exactly the opposite. When there is a crash, an ATV turns out to be deadlier than a dirt bike.

Dirt bikes come with a crash protection system and for that, it throws the rider away when there is a crash. But ATV has no such features and it just flips over the rider at that time. As you all know, ATVs are a lot heavier than dirt bikes, they can cause disaster to the rider as well in terms of accidents. Some ATV owner use ATV windshield to protect any cool air and muds, this really good ideas.

So, a dirt bike is the safer option here.

ATVs have less complex learning mechanics than dirt bikes, which makes them the better option for learning off-road riding. If someone instructs you for five minutes about ATV driving, you will able to ride on it. But dirt bike requires a lot more than this.

If you are new to off-road driving, you are supposed to start learning with ATV, not with dirt bikes. Dirt bikes are not easier to control, although they are lightweight. You have to master the driving mechanics first to do well in dirt bike riding.

Begin your learning with ATV instead of dirt bikes.

Weight is another factor 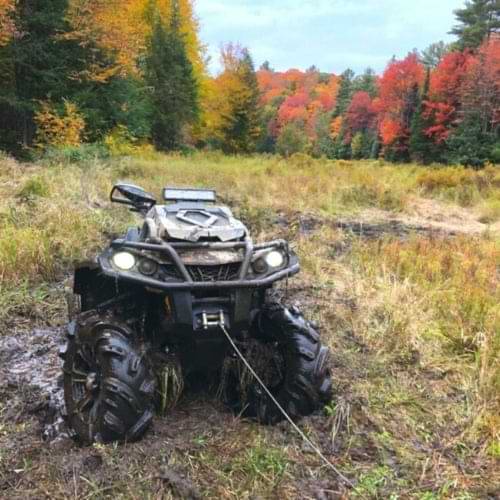 Dirt bikes are far more lightweight compared to the weight of ATVs. Dirt bikes weigh around 200 to 250 pounds, whereas ATVs weigh around 400 to 1,000 pounds. This heavyweight feature gives ATV more stability but makes it difficult for transportation.

When you are thinking of hauling your ATVs or dirt bikes and transport them to another place, an ATV will take three times more space and load. You can transport more dirt bikes than ATVs at the same time.

Because of their lightweight nature, faster speed dirt bikes are regarded as the first choice for racing over ATVs. When you are up for off-road racing, you will have to face ups and downs, different obstacles and frequent landings. All these are better with dirt bikes.

On the contrary, ATVs are heavier off-road rides that don’t support a better landing on some spots and they also can’t go through the narrow spots. All these things make dirt bike appropriate for racing purpose, not the ATV.

The difference in the cost

You have to spend around 1.5 to 2 times more dollars for buying an ATV over a dirt bike. Dirt bikes are simpler in design and they have fewer functions than ATVs. For this, ATVs are costly than dirt bikes. However, the maintenance cost is also higher for ATVs. If you want more ATV accessories for batter ride, like ATV winch rope, cover, battery, etc this are high costly then dirt bike accessories.

Unlike the two-wheeler dirt bikes, ATVs come with a minimum of four wheels and when you are going to replace the tires of both vehicles, the ATV will cost you more than a dirt bike.

Well, it’s better not to try riding on a dirt bike while it is snowing outside. But you can still have an off-road riding experience on an ATV. ATVs are constructed to use on snowy, muddy and sandy tracks. Just attach the snow tires during the winter season to the ATV and you are ready to go.

However, dirt bike tires are not appropriate for snowy tracks. It has every chance of causing accidents in such conditions. So dirt bikes remain unused during the winter season. But you can have all year fun, doesn’t matter what season it is with an ATV.

ATVs are made of heavy-duty construction and so they are heavier than dirt bikes. Dirt bike riders ride at a faster speed than causes more damage to the inner and outer functions of the bike. However, ATVs are slow-speed vehicles and for this, there is less damage. In this way, ATVs are durable than dirt bikes.

ATVs come with four wheels compared to the two wheels of dirt bikes. Having extra two wheels makes ATV more stable than dirt bikes. That’s why for the beginners and kids, ATVs are suggested, not dirt bikes.

ATVs are more durable and stable than dirt bikes.

Dirt bikes are the right choice for riding on narrow tracks, because of their slim design. Dirt bikes have only two wheels that take less space for storing or driving through narrow space. Then they are lightweight, which makes them a perfect choice for passing through complex tracks.

On the other hand, ATVs have four wheels that make them larger than dirt bikes. Obviously, they take more space in your garage or wherever you are riding. Their slow speed and flipping over nature makes them inappropriate for narrow tracks.

Don’t anything over dirt bikes for riding on narrow tracks.

Because of their lightweight nature, dirt bikes produce more speed than ATVs. A 1,000 cc ATV can produce a maximum speed of 85 mph. But a 700 cc dirt bike is capable of producing around 120 mph of speed.

Meanwhile, dirt bike riders must have experience of riding in off-road conditions for a long time. Beginners are never capable to cope with the super-fast speed of dirt bikes and there can be several accidents in that case.

Dirt bikes are not designed for carrying any extra person other than the rider. However, some ATVs come with built-in passenger seats that offer the rider to enjoy the ride by having someone beside him.

Although dirt bikes and ATVs are off-road vehicles, they are not the same. I have discussed the difference between these two vehicles and hopefully, you don’t have confusion anymore.

To ensure comfort and safety while driving on off-roads, it is essential to wear a helmet. ATV helmets are not different from this and there are a lot of sizes available depending on the age of the users. ATV helmet size typically ranges from 17.5 inches to 28 inches in circumference.Size chart of ATV helmetsThere…

The cost of a ATV snow plow ranges from $180 to $700. However, you may need to include a bit of extra expense to the cost because of the installation. However, it won’t cost you more than $500. You may find different dimensions of these snow plows and the cost varies a lot depending on the…

A true ATV enthusiast does not fear the mud. They love to take the ride to another level by riding on the deep mud. But driving on the wet dirt can give you hard trouble if you do not equip yourself with the necessary gears.Mud riding is all about keeping yourself dry and warm. The…

It’s necessary for the ATV riders to know about the parts and accessories they must need to have in their ATVs also 4 wheeler. That’s why I’m here you help them by providing a list of these things.Best ATV Parts And Accessories1. ATV tires ATVs are used off-road, in muddy, bumpy conditions and so the tires…

There are several types of batteries used in ATVs like lead-acid batteries, AGM batteries, lithium-ion batteries, and gel cell batteries. Before using one of these batteries, it is necessary to check out the compatibility of the vehicle. Mostly 12 volts size batteries are used in ATVs and 2 amps is the suitable range for charging…

An ATV can be around 85 mph fast but need to have a larger engine. The speed of an ATV largely depends on the size of the engine you have inside and also it differs from brand to brand. However, the speed can range from as low as 10 mph to 85 mph.You can also… 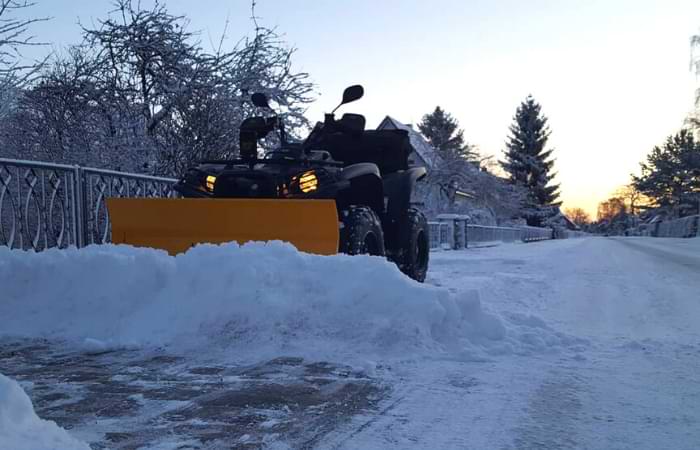 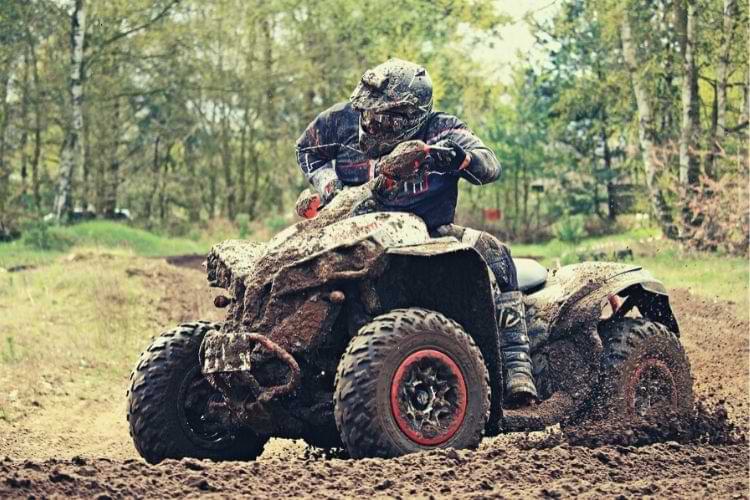 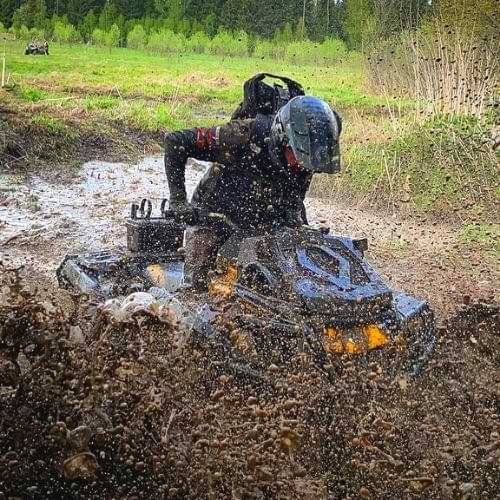 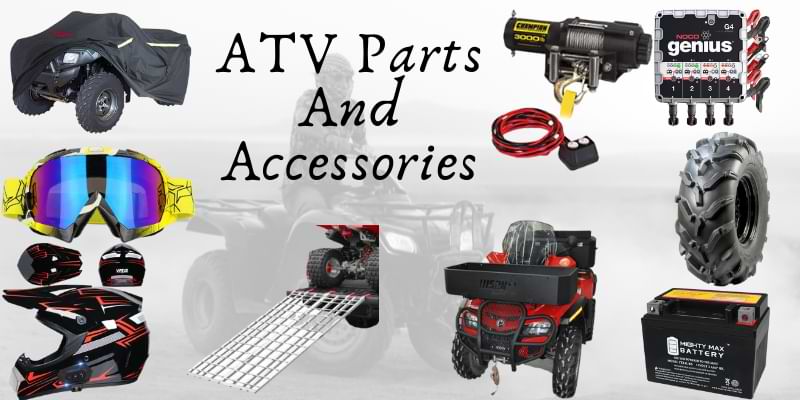 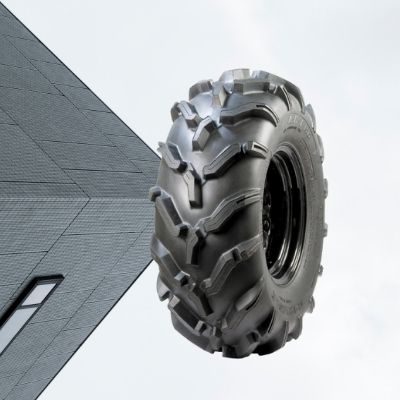 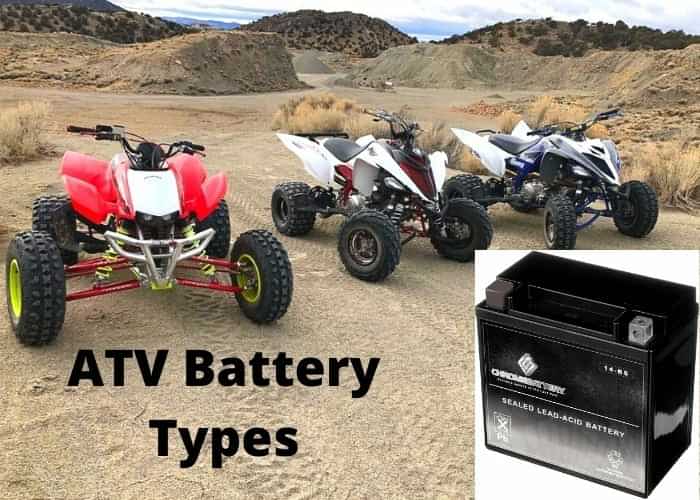 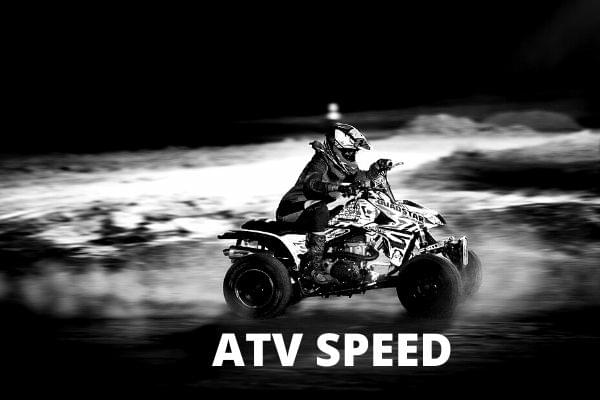 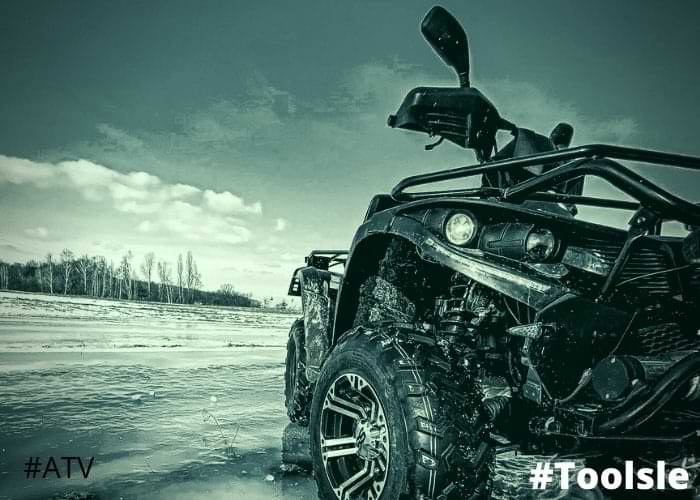